Climate of the Gobi

Monthly average of the temperature: 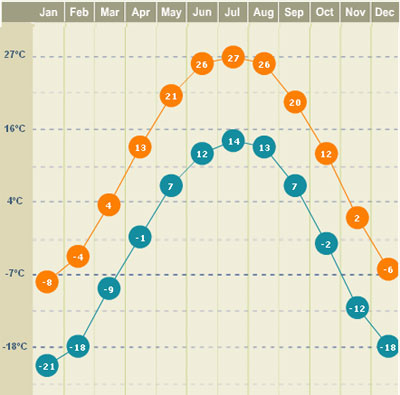 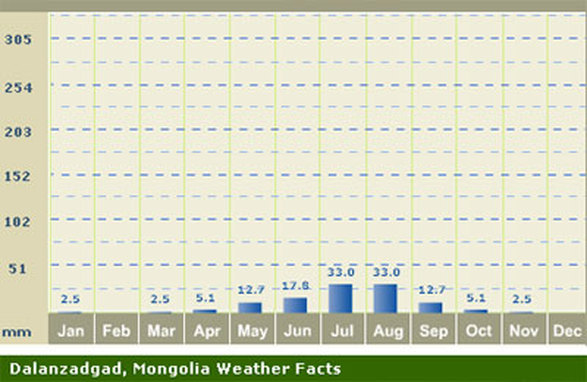 Precipitation and Temperature Chart of the Gobi Desert:

The yearly average of precipitation is less than 100mm; some places in the Gobi only receive rainfall once every 3 years. Compared to Sidney, which receives 883 mm of rain every year, rainfall in the Gobi is very little. The Gobi is so dry, that the percentage of humidity is nearly zero.
Soil conditions: There are 33 different types of soils in the Gobi desert, with sand dunes and sand only making up about 3 percent. The variety of soils means that the types of plants in one part of the Gobi are very different from another. At first glance, the Gobi looks very barren and empty. However, there are a few plants and shrubs that live there. As well, most of the land is steppe, which describes a plain with short grasses and little to no trees. Most of the Gobi's surface is gravelly land, and under the surface is loess, a flour-like soil that is yellow-brown in colour. Loess is very light, so this soil is prone to wind erosion.

Light conditions: There are no trees to provide coverage from the sun, so all plants and animals are exposed to the sun. 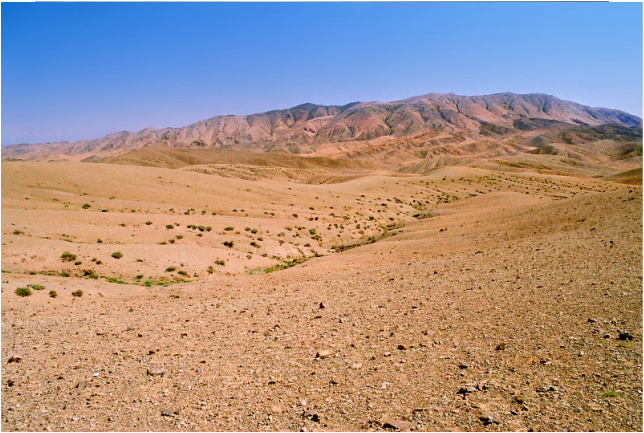 Winds/Ocean currents: The main ocean currents affecting the Gobi come from the Indian ocean. As the Gobi desert is very far from water, winds/currents reaching this desert have lost their moisture. In addition to dry winds, the Gobi experiences the rain shadow effect, making the area even more moistureless. This effect is due to the Himalayas blocking most rains from blowing over to the Gobi. The prevailing winds in this region are the westerlies, which blow from west to east.

Storm Season: There are monsoons that have the capability of reaching the southeastern part of the Gobi desert, which is usually dry. Also, in the winter the high winds and low temperatures can lead to snow storms or even icy sand storms. The Gobi does not receive much water during the rainy season as the area is traditionally dry, and it will generally collect moisture during the winter months. The Siberian Steppes that are just north of the Gobi are the reason why there is an appearance of snow on the desert floor. The high winds allow the snow to travel from the steppes to the dunes during the winter. The winds also have a significant effect on the temperature, causing it to be extremely hot or cold as there is nothing in the winds way to slow it down.
As well, the strong winds of the Gobi are able to easily lift the light, flour-like loess soil, causing sandstorms. These usually happen during the springtime months and have become increasingly severe and harmful, due to the expansion of the desert, as well as the industrial pollutants that are now found in the sand.
http://www.youtube.com/watch?v=zi9s-jum9Uk
Abiotic Factors:
-As mentioned, it is in a rain shadow due to the Himalayas
-Currently expanding due to desertification taking over existing Chinese farmland and overgrazing
-3,600 km2 ( 1,390 square mi) of grass land overtaken by the Gobi every year 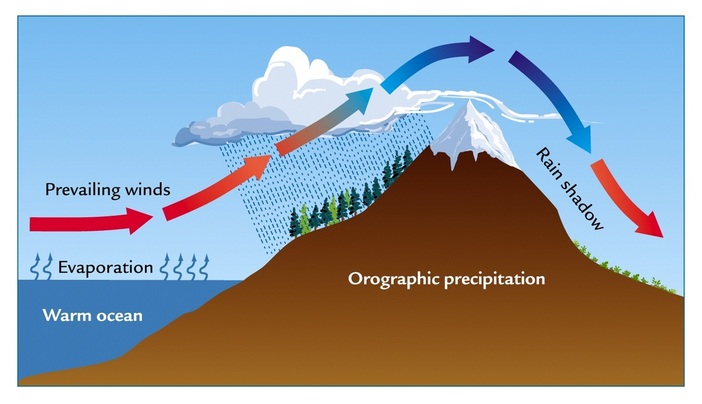